Christian movies have a great influence on people, because the world of religion moves the masses to change. Mostly the films are very similar, as they are based on well-known historical writings. Such a scenario implies divine figures, cognition, etc. However, there is one film that stands out from the rest. Tim Chey managed to tell a well-known story in a very unusual way. The focus is on responsibility for our own life and the people we care about. That’s why you should watch his best movie – Journey to Hell.

Is Journey to Hell based on a book?

Stories about hell are scary. It is huge, but also prudent. This claim is proven by the director of the film. Through very entertaining and high-quality content, he managed to convey an important message to his viewers. In the movie, you will really see the true nature of hell, but there is much more to come. Here you will see different historical figures like Hitler and many others. Don’t forget that this is a high-profile Christian film that will be distributed in 50 states. We believe that the plot of the film will intrigue all fans of this genre, because the story is based on the highly regarded novel by John Bunyan. The main actor appears right at the beginning of the film.

A very exciting story starts with an accident in which the main character almost drowned and all the time dreams of going to hell. There you will be able to see hell in its full darkness. It is filled with different profiles of people, but it still needs to be filled. Man has been warned and he must make changes in his life. After he wakes up, he realizes how lucky he is because he got a new chance. Now he realizes that he is saved.

What is the plot of the movie?

This is what we know about plot after watching trailer and reading Chey’s vision. Characteristic spirit of God pervades the entire plot. It shows one man’s journey to hell, but he doesn’t stay there. After he arrives and sees the condition of this horrible place, he gets a chance to avoid such a fate. It is already clear here that the path of change will be very challenging, but he quickly makes the decision that is best for him. Life returns to him again, and his view of the world changes forever. The main actor saw in hell evil, depravity and everything that contradicts the biblical standards of life.

That’s why he decided to turn to the path of life that leads to heaven. In this way, his life becomes more beautiful and he gets closer to God. This movie will cause different emotions in you because Tom explains godly life and hell in all situations. This includes work, family, home and everything else. This story somehow brings together the emotions of acceptance, shock, questioning, courage, love, self-honesty,

Actors and interesting characters from the beginning to the end of the film intrigue and attract the viewer, drawing him into their world. Although the story of the main character seems very simple now, prepare yourself for twists and moments to remember. 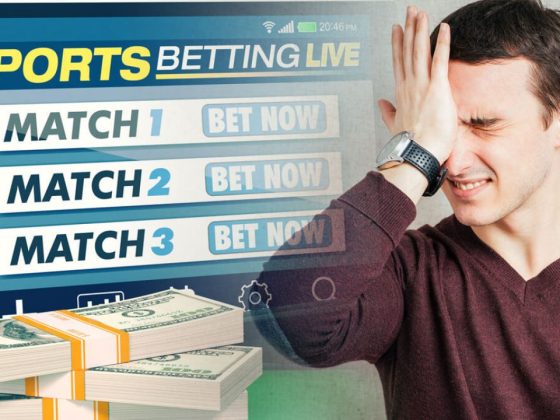 5 Common Betting Mistakes You Should Avoid In 2022